Joy was invited to coach an orthopedic surgeon who was recently appointed co-chair of an academic medical center’s Orthopedic Institute. Dr. Williams was renowned in his field and well respected as a team oriented leader. He had the highest ratings in patient satisfaction, quality outcomes, and productivity. He was gifted in problem-solving, strategic thinking, and mentoring, with a goal of doing more mentoring. He described himself as a perfectionist, never wanting to disappoint his patients or his team. During our meetings, he would frequently express his frustration at his schedule which left little time for exercise and family, both of which were very important to him. Despite Dr. Williams’ clinical confidence, he found himself minimizing his own needs as he overcommitted to others due to “not wanting to let people down.” Using the Adult Development GPS to “diagnose” Dr. Williams’s black and white thinking, focus on efficiency and logic, Joy sensed he would appreciate the structure of polarity mapping to illustrate his ultimate desire for clinical excellence while also having time for his own health and his family. Through her work, Dr. Williams was able to set boundaries that allowed him his personal time, while also referring patients to other less senior physicians who were growing their practices. 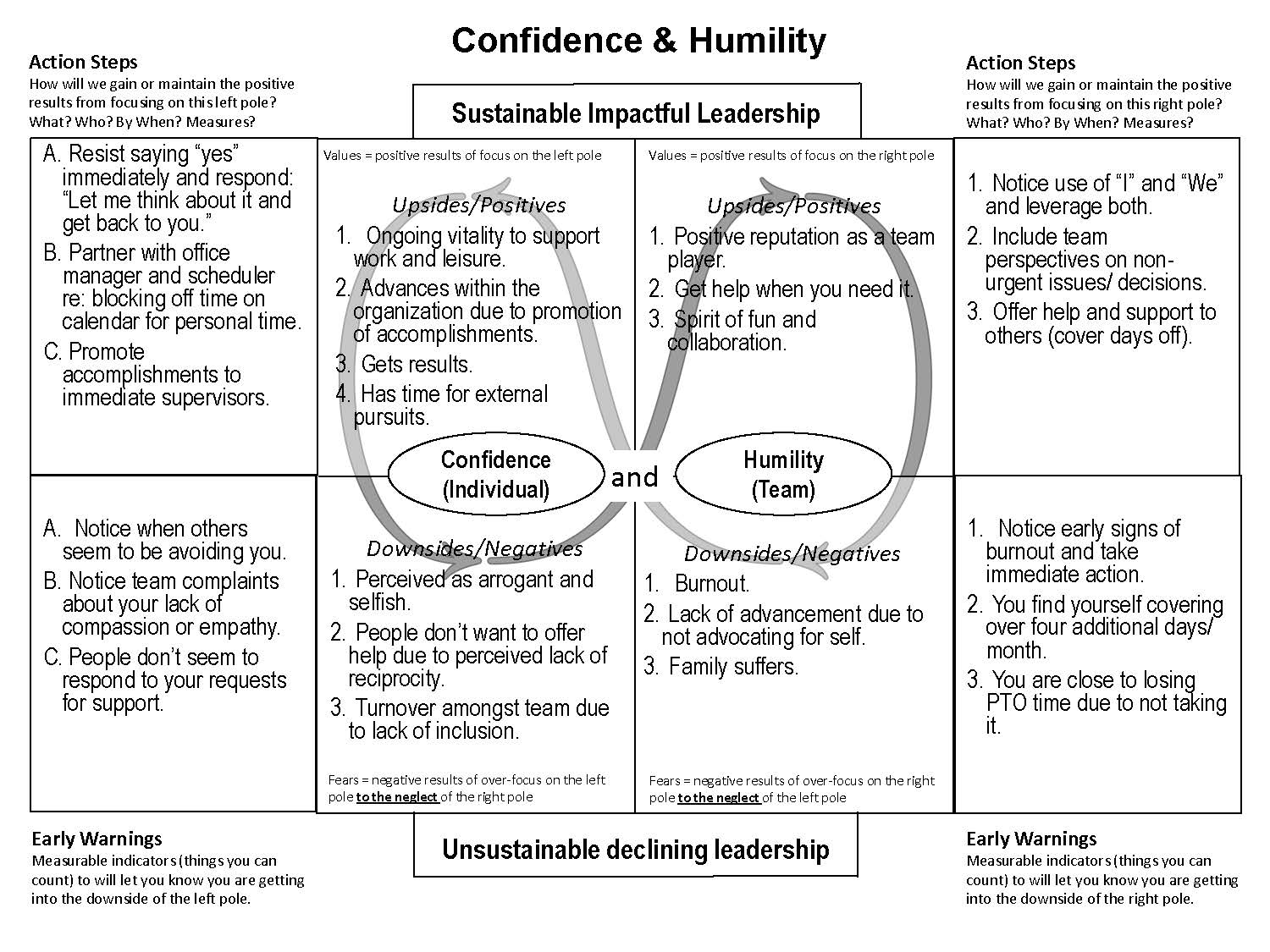