Margaret worked with the management team of a large speciality practice going through changes. The newly elected chief executive officer, a physician with management training, wanted to bring the partners together in a cohesive organization. The challenge, as he told me, what that partners in the practice wanted to be partners in finances, which had higher reimbursement, and wanted to be employees when it came to having set hours. She spoke with the executive team and several non-executive partners and proposed Individual and Organization as the polarity pair for their annual strategic planning retreat. She divided the retreat participants into four groups, each working on one quadrant in the polarity map below. By chance, the chief financial officer (not a physician), whom physicians believed over-focused on the organization at the neglect of the individual, was in the quadrant representing the upside of the individual. After the exercise he told me this enabled him to better understand the importance of individual autonomy for physicians. Again by chance, one of the most vocal physician advocates for the individual was in the quadrant representing the downside of the individual. At the end of the meeting, he announced this was the most useful method he had seen to help him understand his role in the organization’s dysfunction. The magic of this exercise lies in both the process and the side conversations. As a coach, stay alert of possibilities to challenge assumptions. 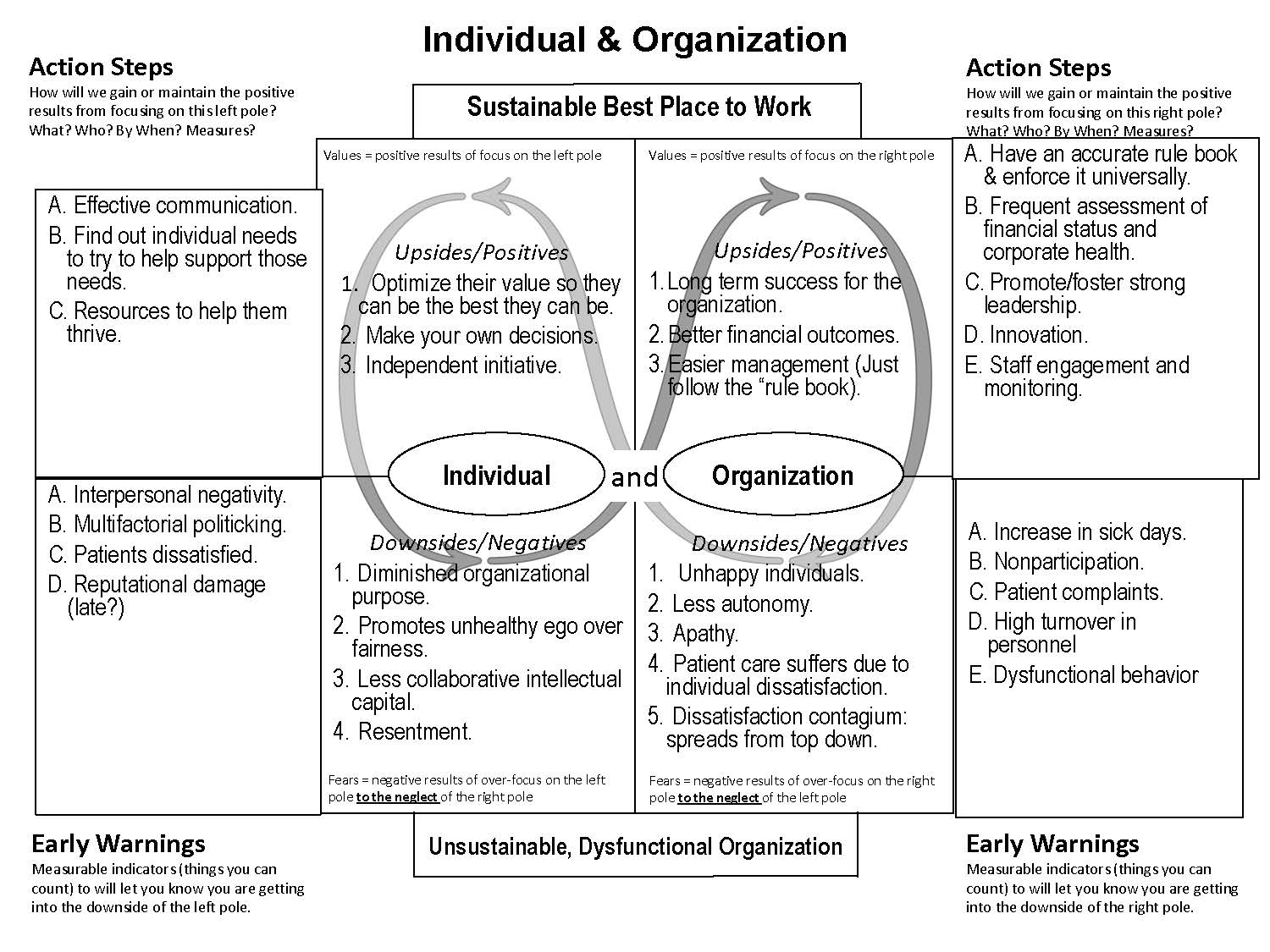