Leadership must be important — more than 20,000 books and thousands of articles have been written about the critical elements of and the impact it has on people, organizations and countries, if not the world. Yet despite the fact leadership training programs abound, they have failed to produce good leaders.

Despite the collective wisdom of centuries on this topic, confidence in our leaders is low and continues to decline. In a 2012 survey by the National Leadership Index  (NLI), released by the Center for Public Leadership at Harvard Kennedy School and Merriman River Group, 77% of respondents said the United States now has a crisis in leadership and confidence levels have fallen to the lowest levels in recent times. 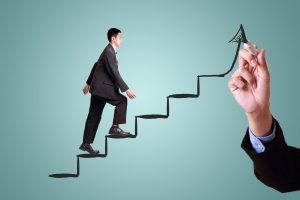 In the past 20 years, 30% of Fortune 500 chief executives have lasted less than three years. Chief executives now are lasting 7.6 years on a global average down from 9.5 in 1995. According to the Center for Creative Leadership, 38% new chief executives fail in their first 18 months on the job.

It appears the major reasons for this have nothing to do with competence, knowledge, or experience. Sydney Finkelstein, author of Why Smart Executives Fail, and David Dotlich and Peter C. Cairo, in their book, Why CEOs Fail: The 11 Behaviors That Can Derail Your Climb To The Top And How To Manage Them, present cogent explanations, most of which have to do with hubris, ego and a lack of emotional intelligence.

In a provocative article in the Harvard Business Review Blogs, author Tomas Chamorro-Premuzic argues “the main reason for the uneven management sex ratio is our inability to discern between confidence and competence. That is, because we (people in general) commonly misinterpret displays of confidence as a sign of competence, we are fooled into believing that men are better leaders than women … the only advantage that men have over women is the fact that manifestations of hubris — often masked as charisma or charm — are commonly mistaken for leadership potential, and that these occur much more frequently in men than in women.”