This issue of Transformation Magazine: A Quarterly Road Map is about Escape Velocity, the energy and behavior that frees your professional practice, company, or life from the powerful constraints of existing circumstances. Astronauts break free of the pull of the gravity of the earth, reach space, and see the Earth from a totally different point of view. 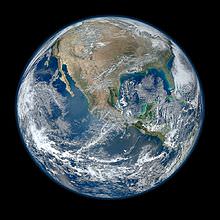 In physics, it takes a speed of 17,500 miles per hour to go into orbit around the earth or go to the moon. In life and work, there is an equivalent pull of gravity from company culture, personal identity, and existing beliefs in what’s possible. In a similar way, Escape Velocity from the grip of powerful circumstances takes a forceful or subtle explosion of energy.

As I look back on the two years we have been offering this magazine, I’m humbled by the quality and depth of the authors. They represent some of the very best I’ve seen in human beings in their expression of universal truths in simple and heartfelt language. They give me hope that the world can someday come to work for everyone.

Avalon Where Art Thou?

Compliance is the final straw to break the back
of a camel who cares.

No one writes poems or love songs
when relationships are transactional

I do this, if you do that
and the worst arises

They say that Human Resources is where you people who care about people
so they can get over it.

As in combat trying not to care
about your buddies

Because tomorrow
one of you will be dead

in the Masque of Pandora, Longfellow says,
“those that the gods would destroy, they first make crazy”

People are more important than money
Except not always

Avalon where art thou?

Authors in this Issue

In the same way that astronauts must achieve escape velocity to reach space and see the Earth anew, so is it possible for many on Earth to generate an equivalent escape velocity to break free of the gravity of the cultures and circumstances that keep us from going for our dreams with courage and conviction. The challenge and purpose for me in writing this article is to ally with kindred spirits in learning more and more ways to achieve that escape velocity and bring the Overview Effect down to Earth.

I’ve known Jim Goldstein for over 30 years as a counselor and personal adviser to myself, members of my family, and leaders in business and community.  He is a genius in seeing into the heart of the matter. Combined with humor, personal anecdotes and unusual use of common sense, Jim shows what can be done right now to turn around the most troublesome personal or business partnerships and relationships….and harness their natural power. People are inspired to think, create and produce the very results that they and leaders envision.

Lorel is a remarkably courageous and talented woman. From her own experience of achieving escape velocity from very difficult personal circumstances, the character and perseverance she’s brought to her life and professional practice is a fine example of what’s possible for all of us. Over the years I’ve known her, she’s been a stellar example of achieving and bringing what she’s learned to her community and to her clients.

George is an author, teacher, attorney and a master in the use of the English language. His commitment to the future of humans in space and the necessity of leaving the planet earth to assure species survival is unparalleled. Once, a voice in the wilderness in this mission, his writing and speaking now reach people in high levels of government and industry. George is a humanist and a moral force for betterment in the best sense of the word.

Peter Roche: There Is Nothing That The Human Spirit Wants More Than To Be Free

Peter Roche has a remarkable ability to help leaders think beyond their own limits. Every time we talk I become open to new worlds in relationship, peace of mind, and the possibility of my work. He is an executive leadership coach and strategic consultant. His company, London Peret Roche has worked with corporations and associations all over the world and was an early leader in the development of organization transformation as a discipline and a practice.

We’ve assembled a wonderful celebration of transformations! The Table of Contents are belo…