What is the Library of Professional Coaching?

We are pleased to welcome you to the Library of Professional Coaching (LPC). We’re glad you are here and hope you enjoy this Internet-based, free center that provides access to a carefully selected set of resources associated with the field and discipline of professional coaching. Over the past 11 years we have built an online library of professional coaching materials, with an initial focus on professional coaching within an organizational setting, but we quickly expanded to include high caliber materials relevant to all aspects of professional coaching. Our library includes a growing pool of articles, videos, research briefs, dissertations and white papers which will serve as the ultimate Internet-based source of information about professional coaching. We strive to be an easily searchable database of trusted, high-caliber, vetted and peer-reviewed content. In partnership and collaboration with choice Magazine, we continue to build the collection with the intention of providing value and service to the entire coaching community: students, new coaches, faculty, practitioners, internal and external organizational coaches and leaders, authors, personal coaches, researchers, and academicians.  If you have materials to contribute and would like to see different or additional categories, let us know!  We are constantly seeking to improve this offering to best serve the professional coaching world.

** UPDATE**  2/1/14  —  We are honored to announce that in an independent survey the LPC was named one of the Top 5 Coaching Sites for Research and Resources worldwide by the 9th annual Sherpa Executive Coaching Survey of leaders and coaches.  The survey is considered the most reliable and method-sound survey in the coaching industry, providing data about trends and issues in executive coaching, and has tracked over 90 websites for several years that offer material for executive coaches.

The video below will tell you a bit more about us:

Curators: Who Runs This Thing?

William Bergquist and Suzi Pomerantz are the stewards and curators of this growing collection.  We’d love your input and feedback! 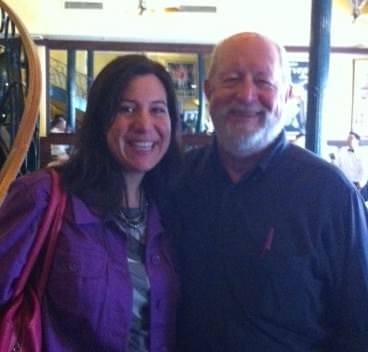 Photos: Where did all the beautiful images on this site come from?

We are grateful to the following photographers for snapping happy photos that we are using throughout this site:  Kathleen O’Donnell, Elizabeth Bouve, Bill Bergquist, Suzi Pomerantz, Julia Bergquist. Many of the photographs in the Transformations Magazine were provided by G. Michael Smith.

Founders: Who Are We?

Glad you asked! As you’ll see below, we have each launched successful enterprises of our own, whether books, magazines, coaching businesses, or other sustained ventures, and you may know us from various volunteer roles we all play in the coaching world:

William Bergquist is co-founder and past Co-Executive Editor of the International Journal of Coaching in Organizations (IJCO), as well as being co-founder, past executive board member and former Symposium Dean for the International Consortium for Coaching in Organizations (ICCO). He has authored or co-authored 46 books and is owner and president of The Professional School of Psychology.

Suzi Pomerantz is the author of Seal the Deal, CEO of Innovative Leadership International LLC, a founding board member of the International Journal of Coaching in Organizations (IJCO), as well as a founding board member and Vice President of the International Consortium for Coaching in Organizations (ICCO). She has had her Master Certified Coach (MCC) credential from the ICF for 13 years and has been coaching executives for 18 years in over 150 organizations worldwide. She is the founder of the Leading Coaches Center as well.

Matthew Rochte brings to the table 7 years of effective triple-bottom-line manufacturing practices, 20+ years of business ownership and entrepreneurial expertise (manufacturing, coaching and training businesses, and a national alliance of coaches), and 18 years of executive leadership coaching/consulting. Matthew also works with seasoned coaches on going deeper with their work and studying the art of coaching with an integrated approach. Matthew served as president and on the board of the Minnesota Coaches Association and on the International Coach Federation‘s Ethics and Standards Committee and code revision team.

Garry Schleifer is the Publisher of choice, the magazine of professional coaching. A serial entrepreneur for over 20 years creating and running several multi million dollar private and public corporations, he combines his business experience and coaching training to apply a signature approach of “ruthless compassion” when helping senior executives boost personal and organizational performance to higher levels. A coach for over 6 years and holds his PCC certification with the International Coach Federation (ICF). He also serves as Vice President of the ICF Board of Directors.

Donald R. Tramel is the owner and Vice President of Centura Design & Print Solutions, Inc. He has over 30 years of experience in the graphic/web design and printing industry. Donald’s company has designed and produced multiple publications in the field of professional coaching.

Origins of the Professional Coaching Library

The founders identified a common need for a library of resources that will support our shared passion for stewardship of the profession and enable us and our colleagues to discover, learn, explore, and further the profession of coaching. We were aware of a majority of information that was previously inaccessible, either hidden behind private firewalls or otherwise not on the internet. In such an abundance-oriented profession, to see the documentation and research in such scarcity struck us as a profound contradiction. The library is our attempt to bring it all together and make it available to you.

On a local level coaching associations and schools have pulled together physical libraries of coaching books. These physical libraries tend to be limited because access to anything but life coaching books is hard to come by. The business and corporate research, journals, articles, resources, and books are often inaccessible or unavailable to the general public, despite being in abundance. The Professional Coaching Library is set to change all that.

The Professional Coaching Library can be traced back, as in the case of several other major coaching initiatives, to a two day meeting that is held every year in conjunction with the International Coaching Federation (ICF). Called “The Executive Coaching Summit” (ECS), this meeting has served as a forum for stewardship of the field, as well as for networking, professional development and colleagueship. Stewardship was exhibited in the creation during the 2003 ECS of a new journal—the International Journal of Coaching in Organizations (IJCO)— that has become a central venue, over the past five years, for the reporting of research, theory and practices in the field of organizational coaching. Stewardship was also evident in creation during the 2004 ECS of a new institution—the International Consortium for Coaching in Organizations (ICCO)—that has provided diverse worldwide forums over the past four years for distinctive conversations among those who provide, use, and study professional coaching practices within organizational settings.

In 2003 choice, the magazine of professional coaching (choice) came into existence from a similar path. Starting from an idea over a cup of coffee one sunny August Sunday morning, the realization that the coaching profession did not have a magazine was realized and acted on. In November 2003 at the ICF Conference in Denver, Colorado, choice Magazine was revealed to the world. choice is a quarterly professional magazine dedicated to everything coaching. Filled with articles, news, information and advertising related to professional coaching. It serves anyone who uses coaching, as well as those who are seeking information about professional development, human resources, management, personal and business dynamics and growth. Now it reaches people interested in coaching around the world in 78 countries and counting, and includes articles in Chinese!

As in the case of IJCO, ICCO, and choice this new initiative is intended as a central component in the creation and maintenance of organizational coaching as not only a viable profession, but also a firmly-established interdisciplinary field of human service.

Building on the resources of IJCO, ICCO, and choice and alliances with other organizations providing related data base services, the founders of LPC expect their new stewardship initiative to emulate IJCO and ICCO and choice in becoming a viable and valued player in the profession and interdisciplinary field of organizational coaching.

In March, 2007 the first iteration of the LPC was launched online, thanks to the generous funding of initial donors, sponsors, and patrons who believed in the value of having an online vetted, trusted, curated resource like the Library of Professional Coaching.

In November, 2012, a core strategic group met in Santa Fe, NM to explore the future of coaching and how the collaborative efforts between choice magazine and the Library could best serve the profession.  Below is a photo of the participants: 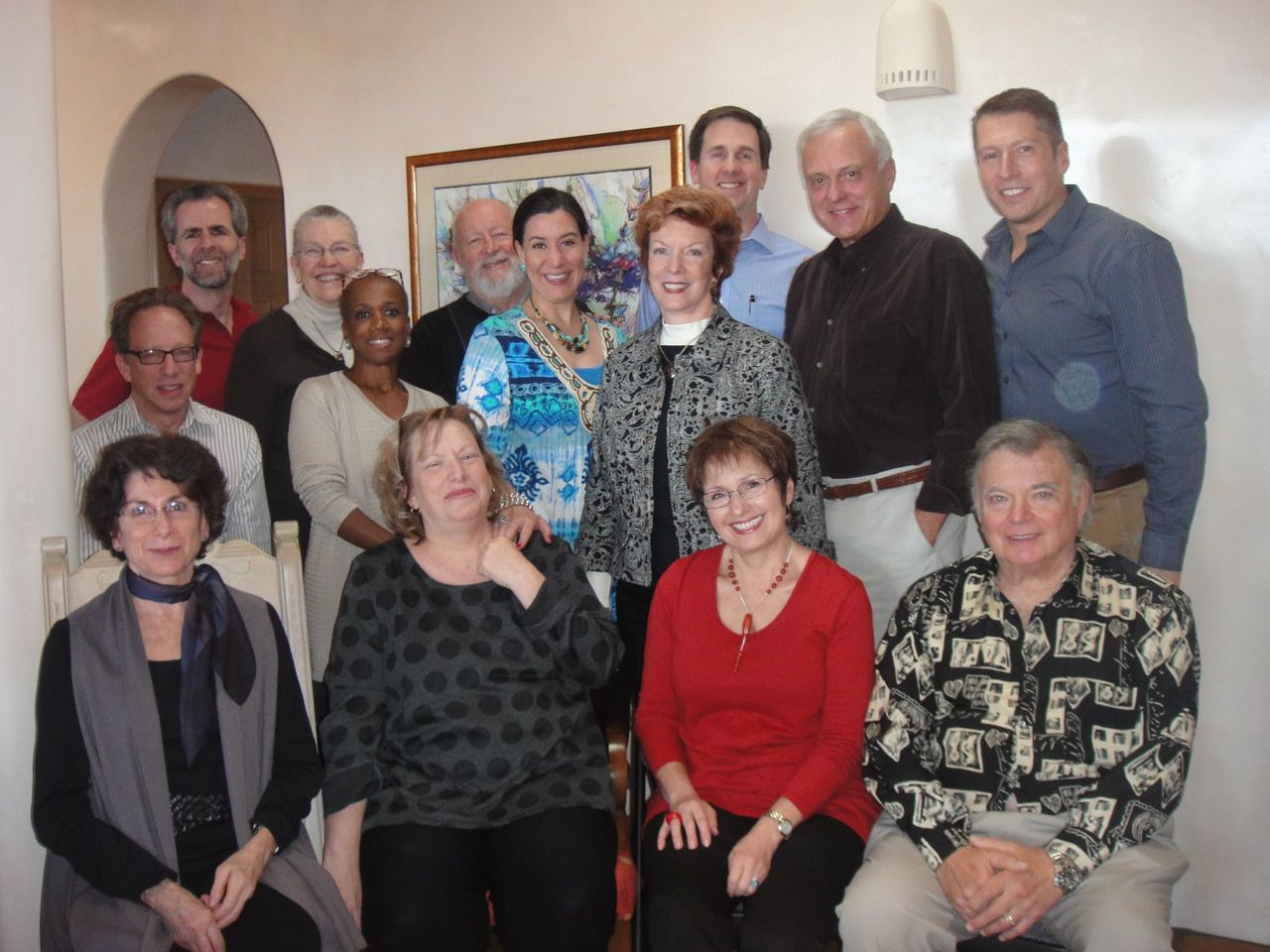