A University-Affiliated Medical Center wanted to proactively support their physician and administrator dyads to better leverage their unique differences, which, absent support, could appear as conflicts. Joy and her coaching team were brought in to work with these dyad pairs as part of a system-wide initiative to increase partnering and teaming. Joy’s team conducted interviews with the dyad pairs. One challenge was managing conversations around quality/ patient care needs and budget restrictions. The physicians were advocates of evidence-based practices and could not easily see the effect on reimbursement and the bottom line. The administrative dyad partners were expert on the business of healthcare but felt unable to influence their physician partners in understanding the complex issues of reimbursement. The administrators also admitted ignorance of the complexities of clinical care.

In addition to formal mentoring around the business of healthcare, the coaching team decided to help the leaders map the polarity of Mission and Margin. During the process, each dyad partner felt validated in his/her opinion, and also heard the importance and validity of what had seemed to be a barrier to moving forward. Since they jointly participated in creating the action plan and warning signs, they owned the work and were able to communicate the differing perspectives to their teams, thereby multiplying the constructive, systemic impact. 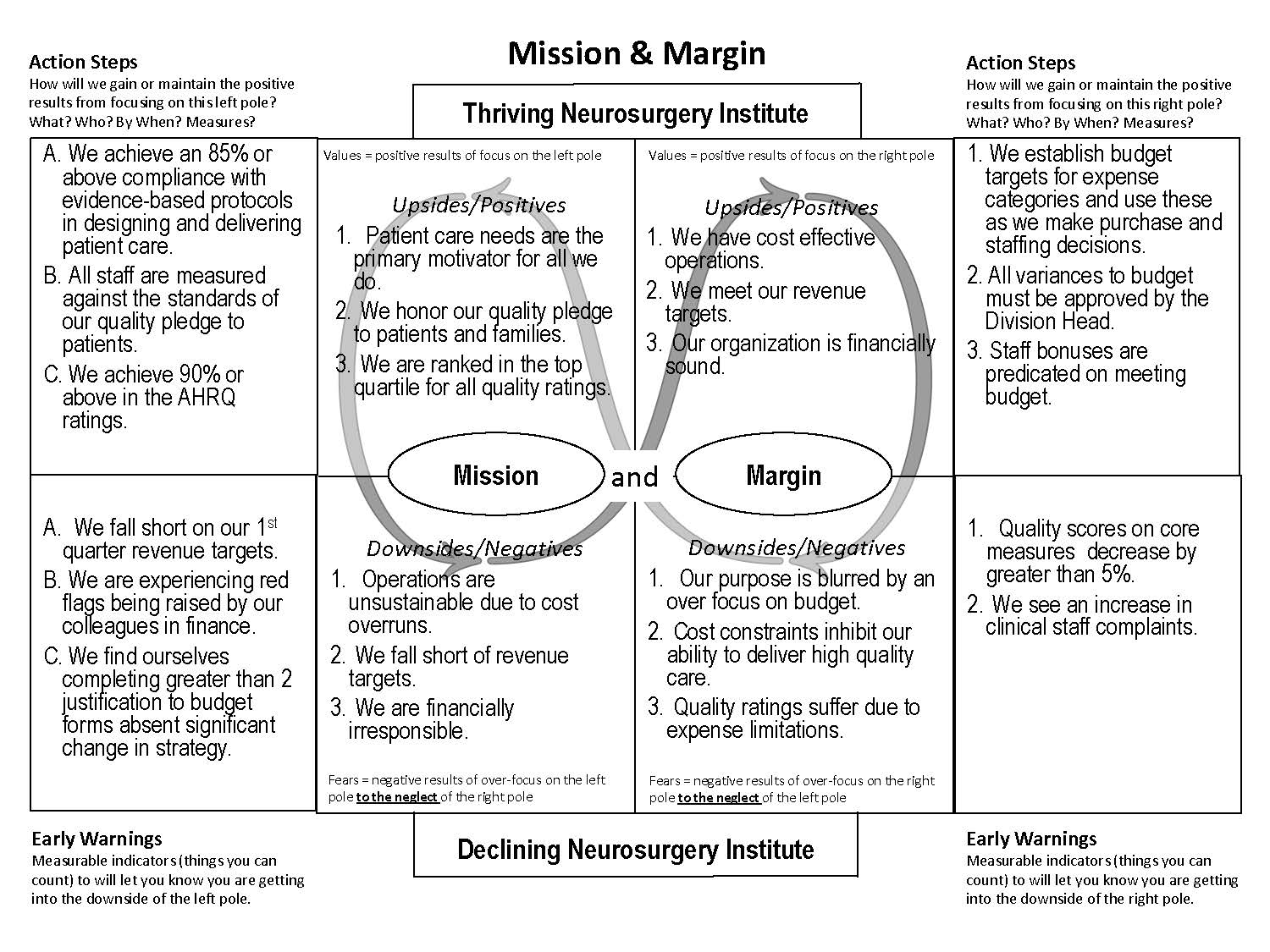