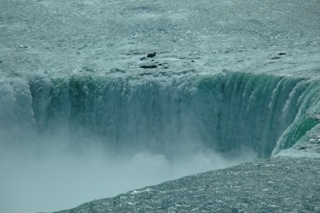 What are the biggest challenges you faced as you moved from clinician to executive?

So I think one of the hardest things for a physician is the pace of change. When you have a patient in front of you, even if they have a chronic disease patients come to you with a problem. As physicians, we we know what the next step is. We may not be able to cure it. But we know we’re going to get this we’re going to act on this we’re going to give you this medication. It’s a very short term kind of reward for what you do and you can see that take shape very quickly

In physician leadership, it’s glacial by comparison. And I think that a lot of physicians are very frustrated by pace of change because they want that change to happen the same pace as an orthopedic surgeon. I have a patient with a fracture In 35 minutes I can fix that fracture and go to the next case. It’s very satisfying, it’s very concrete, it’s who you are, what you do is you fix things. And you’re rewarded for fixing things in a timeframe that is on the orders of multiple times per day or per week

It’s different at the executive level, especially for physicians. I think of one of the reasons that many physicians look at people like me and say, “My God, I couldn’t even imagine doing anything more awful than your job” is because changes are so slow. Say you want a new program, you want to change an office. You want to close the office and open another and come up with a new process. Those things require teams and consensus and process improvement, strategies and bringing people together and trying things and failing and hiring and that takes a long time. It’s months and sometimes it’s six months, sometimes it’s a year. Sometimes it’s a multi-year project and it requires that sustained focus over time. And I think that getting used to, and comfortable with that slow pace of change and keeping the energy of being able to articulate the vision for why that changes. I think that’s the hardest part for a physician executive to come to grips with. I think it’s why there aren’t millions of people who are signing up. More and more are, but I think historically that’s not the type of person that’s gravitated to this side of the aisle.

As an executive, it’s the team. It’s not me. There’s certainly personal kudos but you put that aside for the team and for the rest of the people because there’s no way you could do it yourself. I think that, again, getting used to that that when we are successful, I might be successful, but only because I got these 10 people. Without these 10 people I have nothing. I can’t even get the project started. So I think that that that’s hard. I still struggle with some of that with some of the pace of change.

How has coaching contributed to your success?

The person who brought me into MedStar, Dana Frank, who’s the chief of medicine at Good Samaritan, has always been an informal mentor from the time I was an intern and we kept in touch throughout the years. He was the one that keyed into the fact that I wasn’t as happy in academic medicine. He said, “I’ve thought about recruiting you for a number of years. I think now is the right time for you and I actually have the right job for you. And I want you to seriously consider coming to join me and do things I think will be more aligned to what makes you tick. I don’t think academics was great. You did all the great skills yet some successes. I don’t think it’s the thing for this next phase of your life.” All these things were happening together and it all came together.

My first formal coach was Kathy as a as a component of this leadership development program. I never had any kind of formal personal coach before that was my first phase with having someone from the outside was formal coaching role.