Home Concepts Ethics Generativity and the Greater Good: The Life and Work of Two Professional Coaches

We begin our exploration of the role played by generativity in the life of Lee Salmon by quoting from the declaration offered by curators of the Library of Professional Coaching in recognition of his generative contributions to the field of professional coaching:

The Gordon Lee Salmon Sustainable Leadership Award celebrates and honors the enormous contributions made by our dear friend and colleague, Lee Salmon, during his life and work, wherein he exemplified exceptional leadership in his stewardship of the executive coaching profession as well as his personal commitment to sustainability and the development of leaders who truly leave a legacy. Lee made a difference and left the world a better place for all he touched. Lee’s legacy is the profound difference he made as a leader in the Federal Government as well as his leadership in the profession of executive coaching. He had more than 35 years’ experience in the public, non-profit, and private sectors as a former executive, manager, and scientist. Lee retired from his roles in three federal government agencies after 22 years of service and began his career as a certified executive coach in 2010. 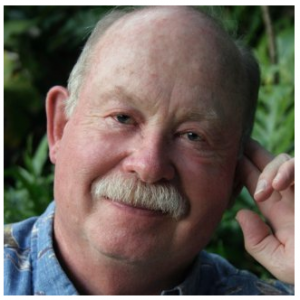 The citation goes on to summarize the many assignments that Lee took on:

During his last 10 years in the Federal Government, he was the manager for Leadership Development and Executive Coaching in the Federal Consulting Group, a fee-for-service consultancy within the National Business Center in the Department of Interior where he managed a national network of over 100 executive coaches. He was passionately committed to excellence in public service as well as sustainability, leadership, and executive coaching. . . . In addition, Lee served on the board of the International Consortium for Coaching in Organizations and was a valued contributor and collaborative partner to the Library of Professional Coaching.

It is at this point in the citation that Lee Salmon’s humanity and commitment to the Greater Good are most evident:

His passion for the profession and industry of executive coaching, and his passion for leadership were matched by his enormous care for environmental and sustainability issues and surpassed only by his deep love for his family. Lee made a huge difference in the coaching world, yet was also a quiet adventurer; he could often be found traveling the world, sailing, camping, scuba diving, and RVing with Mary Ann and various grandkids. His gentle soul, unassuming yet focused presence, loving wisdom, commitment to stewardship, and his mischievous sense of humor exemplify the best of what leadership can be. Thus, we created an award to honor Lee and his unwavering commitment and passion to profoundly impacting and transforming leadership through coaching. Through this award, we keep Lee’s memory alive and honor those individuals who, like Lee, exemplify the best of what leadership can be.