By Gary Quehl and William Bergquist

[For the complete report on this project see The Sages Among Us: Harnessing the Power of Civic Engagement, available as a link through the Center for Nonprofit Leadership in Nevada County, California.]

In the four essays provided in this seventh issue of Sage we continue the exploration (that we began in Issue Three, Four, Five and Six) of the central issue regarding Theory S: the civic engagements of the Sage 100. In this seventh issue we ask our leaders to provide us with some sagacious advice. First, we ask them how to encourage civic engagement among emerging and senior leaders. Second, we ask them to reflect on their own leadership experiences and talk about the attributes to be found among effective leaders. 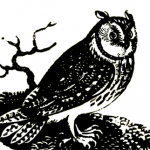 As we noted in Issues Four, Five and Six of Sage, it is encouraging to know of the civic engagement of men and women who are sage leaders at any age.  In this issue of Sage we ask our sages to identify the strategies and tactics they believe most effectively encourage civic engagement.

We first ask the Emerging Sage Leaders to consider the strategies and tactics that are likely to be most successful in the encouragement of other Emerging Sage leaders:

We next turn to the strategies and tactics that senior leaders believe are most effective in the encouragement of community engagement among their own senior colleague:

Reflecting on Their Own Leadership

While we are focusing in this set of essays primarily on leadership as related to civic engagement, we turn in this issue of Sage to the more general characteristics of effective leadership in community.

We start with the reflections on leadership offered by our emerging sage leaders:

Emerging Sage Leaders Reflect on Their Own Leadership

We turn next to the perspectives on leadership offered by our senior leaders.

Senior Sage Leaders Reflect on Their Own Leadership

As we have done in the six previous issues of Sage, we offer a more intimate and detailed portrait of two sage leaders who were interviewed for the project.

One of the interviews features Emerging Sage Leader, Julie Baker. Julie talks about growing up highly privileged in New York City. Like her parents, Julie built a very successful career in NYC. Then she moved with her family to a quite different setting: Nevada County. As Julie notes:  “I had gone from being a high-powered business woman in New York City to being at home with 3 ½ year old and 3 month old sons. I quickly realized that alone wasn’t for me.” Ms. Baker looked to the challenge of civic engagement in her own community and has built on her rich experiences in the arts of New York City by becoming Executive Director of the Center for the Arts in Nevada County.

The second interview is with senior sage leader, Tom Cross. Like many of his senior sage colleagues, Dennis has “reinvented” himself, having retired from a major corporate position and now applies his experience to work with nonprofit organizations in Nevada County, California. As Tom notes: “I wasn’t an expert at any one thing, but I learned across a wide range of experiences.” And the nonprofits in Nevada County now benefit from this wide range of experiences.

Issue Eight:Theory S in Action/Learning About and Changing Leadership Styles and Strategies