You have been identified by friends and colleagues as one of our community’s 50 top senior sage leaders. A sage leader is a person who brings unusual experience, sound judgment, and wisdom in working to advance the civic well-being of our community. We thank you for participating in our interview process.

1. To begin, how many years have you lived in Nevada County, and where in the county do you reside?

We came part-time in 1989 and have lived here full-time since 1997. We reside in Lake Wildwood in Penn Valley. 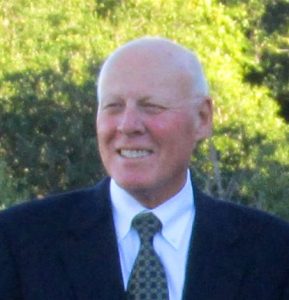 2. Are you working, semi-retired, or retired?  May I ask how old you are?

I was born in Omaha, Nebraska, in 1941 and my family moved to Los Angeles when I was one year old. We lived there until the Harbor Freeway was built and then moved to the suburbs of San Gabriel Valley, where there were track homes and orange groves. I went to grammar school there and high school as well and graduated when I was 16. From there I went to junior college for a year and then on to Cal Poly in Pomona for four years. During this time I did as many sports as I could and worked constantly at every job imaginable.

During my senior year in college I worked for General Dynamics in Pomona and graduated in 1963 with a BS in Electrical Engineering. I then went to work as an electronics engineer for Bell Labs in Massachusetts, which was part of the Bell System. While there they sent me to Boston where I got my Masters in Electrical Engineering. I started on an MBA at NYU but didn’t finish because I kept being transferred every couple of years.

From Bell Labs I went to AT&T headquarters in Manhattan in a staff position. Then I returned to the Bell Labs as a supervisor of an engineering design group, after which I returned to New Jersey to work at AT&T headquarters again and decided to stay in that part of the business. I liked the bigger picture than I had just designing stuff. I was at AT&T headquarters for a few years, and they put me on a career track to expose me to the operating side of the Bell System. Until that time I had only seen the R&D side. Around 1978, I went to New Jersey Bell as General Manager of Sales and got promoted to Vice president for Marketing. Then I went to C&P Telephone Company in Washington, DC, where I became Vice President of Business Services.