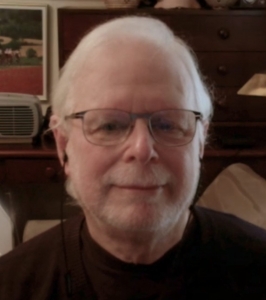 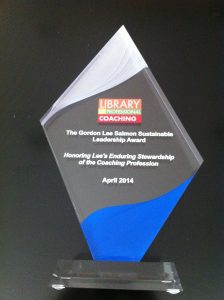 Whereas… Rey Carr has been a vital contributor to the evolution of the coaching profession, thus exemplifying the work of Lee Salmon, and

Whereas… Rey Carr exemplifies the qualities of a compassionate leader in all of his professional works, and

Whereas… the work of Rey Carr contributes to a sustainable world, and

Whereas… Rey Carr willingly offers his mind, body and spirit to fulfill the needs of others, and

Whereas… The Library of Professional Coaching wishes to recognize Rey Carr’s dedication to the field of professional coaching and to a sustainable world with a meaningful, long-lasting tribute;

[Update:] We are heartbroken to share that our dear colleague Rey Carr passed away on November 8, 2020.

5 years ago, the Library of Professional Coaching established the Lee Salmon Sustainable Leadership Award, in appreciative memory of our dear friend, Lee, an exceptional colleague who contributed to the sustainable leadership of the coaching profession. Lee passed away after serving as one of the leaders of the professional coaching movement of the first two decades of the 21st century. Lee was noted for his stewardship of this field and for always pointing to the ultimate purpose of an effective professional coaching practice – sustaining our world.

We are excited to honor Rey Carr because his own work and vision is directly aligned with that of Lee Salmon. Rey is also a steward of our field, offering both support and criticism when needed. Like Lee, Rey cares deeply about the world in which we live and the often-wounded human beings who populate this world. Rarely, do we find someone with as much heart and wisdom as Rey Carr. That is why we wish to pause for a few moments to let Rey know that we think he is wonderful! His work and research and publications in the fields of coaching and mentoring have contributed tremendously and had an impact on the coaching world.

We gathered by zoom to honor Rey due to the reality of the global pandemic; photos and videos below. Evidence of the impact Rey has had on so many lives is the enthusiasm of those who attended his award event, spoke on his behalf, and submitted the testimonies below.  Please take the time to watch the video to get the full sense of the Rey Carr we know and love:  truly a gentleman and a scholar. 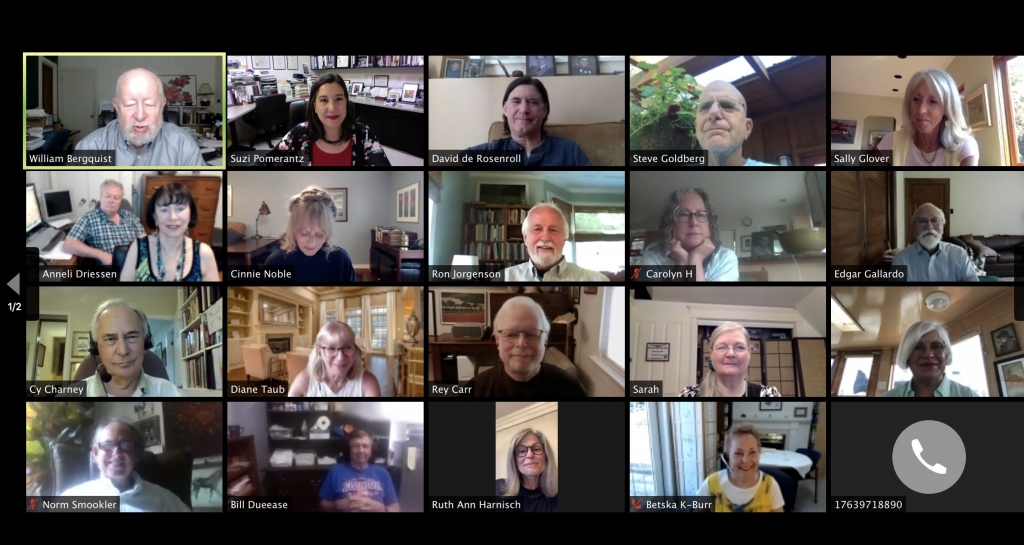 Rey Carr, M.A., Ph.D. modestly describes himself on his website as:  Reader, writer, editor, publisher, mentor, peer coach, researcher, grandpa.  His humility is one of his super powers. Here’s what those who’ve known him throughout his 40+ years of contribution to the fields of coaching and mentoring have to say:

I am Rey’s wife, and I too think Rey is wonderful!  I have had the privilege of witnessing his creative work process, and the many ways he acts on his caring about other people and our world.  Everything I know about coaching I’ve learned from Rey Carr!  This honor is a surprise and deeply meaningful gift for him, a recognition of his lifetime passion and career. Thank you for organizing this honor, this incredible tribute. Rey was very moved, and I too. It’s beautiful to see such heartfelt appreciation while he is still alive!  And reminds me how blessed I am as his partner, and him too!  So many comments were stories or people I know well, so I knew the backstories of their relationship with him, and the ripples of their work out in the world. Deeply meaningful. I’ve absorbed some of Rey’s teachings and research over the years, I read everything he writes (as his editor), though I could not replicate much of it.  He’s a star.  I know he appreciates everyone’s comments today, acknowledging his contribution to the legacy of coaching.

Rey Carr was a thought leader before we called them thought leaders, an influencer before we called them influencers, a pioneering online aggregator before there were aggregators, the one-man-Wikipedia who would tell you where to find a grant, a book, a product, an idea, a plan. All this with zero grabs for your wallet. Rey never charged rip-off prices, never an effort to upsell, cash in, fleece the flock.

Rey’s pure intention and integrity create the impression of a saint on earth, but anyone who is getting a halo polished up for him should get a load of his devilish sense of humor. Rey is a source of wisdom. Yet he has mostly curated and disseminated the wisdom of other voices in coaching, mentoring, and personal development.

In my opinion, no one person has given greater service to these fields, no one person has performed a greater labor of love in creating a body of work. How many times has he said he was going to do less? His sense of duty to the work kept calling, thank goodness.

It would be impossible to gauge the impact of Rey Carr’s contributions, the ripples in the pond are too great for us to imagine. What comes to mind is Genesis 26:4, I will make your descendants as numerous as the stars in the sky and will give them all these lands, and through your offspring all nations on earth will be blessed.

I am so grateful to be among those who have been given much by Rey, grateful indeed to be so blessed.  Amen.

About 30 years ago I created and began facilitating a course on Coaching and Mentoring at the University of British Columbia.  Soon after the program was published, the dean of the business school received a letter from Rey Carr enquiring about the program, it’s legitimacy and credibility of the instructor.  My enquiry as to who the said gentleman was, opened a new world to me – that of the one and only Rey Carr.  I discovered that Rey had been a stalwart in the area of self-directed help especially among youth.  At the time he was a professor at the University of Victoria, and unlike most consultants in the area, had done a considerable amount of research in addition to many years of real experience.  In addition, Rey had establishes an institute for professional mentors and produced a publication which grew over the years to be the most of its type available anywhere.  The publication was full of stories as well as academically substantiated research.  I immediately took advantage of subscribing to the institute and its publication and received free copies after my 20th years of subscription. Over the years Rey and I have corresponded.  He was generous enough to recommend my services whenever he saw an opportunity compatible with my skillset.  He asked for nothing in return. Happily, I got to meet Rey in person at an outdoor café in Victoria, BC a number of years ago  He arrived on his bicycle for an informal and warm conversation.  I was struck by two attributes that distinguish Rey from many of his peers – authenticity and humility. Rey has wanted to slow down and curtail his work many times allowing him  more time for family.  But, each time he seems to swing back to stay in touch and contribute his knowledge and wisdom to his many admirers.  His generosity can be seen when he advertised free books to be left in his mailbox for anyone interested.  Typical for one who simply enjoys giving.  Most would describe Rey and a scholar and a gentleman.  I’d like to add the word mensch!

Leadership and Stewardship: Nurturing the Field of Executive Coaching

This Thirtieth issue of the Future of Coaching brings together two important themes: (1) s…