You have been identified by friends and colleagues as one of our community’s 50 top emerging sage leaders. A sage leader is a person who brings unusual experience, sound judgment, and wisdom in working to advance the civic well-being of our community.

1. To begin, how many years have you lived in Nevada County? Where in the county do you reside?

I live in Nevada City. I grew-up and went to high school here. So including the 12 years I have lived here since returning, I have been in Nevada County for 30 years. 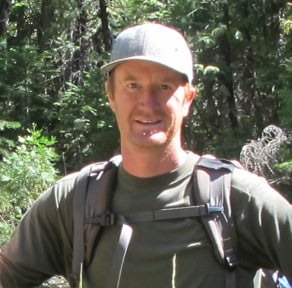 My family’s people came to Nevada City both before and after the Gold Rush era. I am 5th generation, and my children are now the 6th generation. I grew up in Nevada City and went to Nevada Union High School. I attended UC Santa Cruz and traveled in Mexico for awhile. I then joined a natural history-based cruise ship as a deck hand and worked my way up to cruise guide alongside the natural history staff for a number of years. Thereafter, I moved to San Francisco and worked as a waiter, then a builder. I was a carpenter for a number of years doing home renovation in San Francisco and Berkeley. This work led to an interest in architecture, coupled with a move to New York. I returned to college at Pratt Institute and got a degree in architecture. My wife and I started a family and returned to Nevada County in 1998. I worked with Gary Tintle as the sole designer in his business for four or five years. I began a business, Siteline Architecture, eight years ago and am the primary designer.

4. Is there a history of community service in your family background? If so, briefly describe it.

My ancestors seemed to always be involved in community organizations such as the Elks, Soroptimist, and the Ladies Relief Society. And my parents have been members of the Grass Valley Sportsman’s Club and California Fish and Game Commission. My father is Board Chairman of Citizens Bank, and my mother was the first President of The Friendship Club and has recently returned as a board member there. I initiated a club in high school for exchange students. After moving back to Nevada County, I served on the board of the Miners Foundry for awhile. I was also on the board of the Center for the Arts for eight years. I am currently on the facilities committee for the Nevada County School of the Arts. And I was recently elected to the NJUHS school board of trustees and will begin a 4-year term in January, 2011.