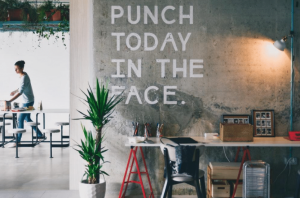 The Tell-Tale Signs of Anger

While I didn’t experience myself as angry, the signs were there if I had looked. My co-workers tended to give me a wide berth. Silence often followed after I spoke. I didn’t have the kinds of close personal connections at work that others had. Eventually, I was told that I was seen as having an agenda (which I thought was ludicrous).

I just wanted to get s%$t done. I wanted to be successful. I didn’t think much about how I did that. I just did it. And because I was unaware of my inner experience and how that experience was playing out, I didn’t make the kinds of connections with my co-workers that would have enabled me to be more successful.

Angry Shadow in the Workplace

I’m not the only person who accesses anger without feeling it, knowing it, or seeing it. I believe there are armies of people, just like the younger me, in workplaces across America.

While there are a number of studies on Anger in the Workplace, they are mainly about physically aggressive or verbally abusive behavior. The more common, more subtle, more pernicious presence of anger is in the non-conscious internal experience of anger that people access and don’t see. Meaning, many people access anger and don’t recognize it in themselves.

When anger is a dominant part of our internal experience and is not overtly manifest in our behavior, it’s easy for us to dismiss the notion that we might be accessing anger. In fact, I’ve worked with a number of clients who reported (in their EQ Profile) experiencing anger more than any other distressing emotion, and still didn’t recognize the anger in themselves.

Access to anger is one of the many dimensions of internal experience that the EQ Profile measures. And when an EQ Profile reveals greater access to anger than is ideal, people often push back, saying “This isn’t right. I’m not angry. I hardly ever get angry.” One might say that they are accessing anger (or resistance) at the idea that they access anger. :)