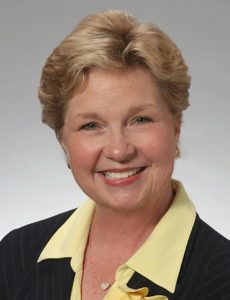 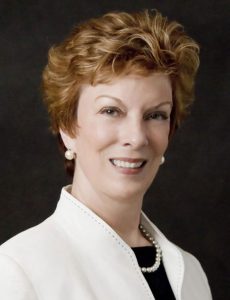 This sample is the preface of the book, Legacy Leadership, Legacy Leadership® was birthed on a train speeding from one side of England to the other, written initially on the backs of napkins, ticket stubs and hotel stationery.

That was ten years ago. Since that time, we have introduced this model to the world by developing certified trainers and facilitators, and to a world of coaching clients and whole organizations who have practiced its basics and experienced its fruit. We thought it was about time to stop for a few moments, step off the speeding train and get this material to the rest of you!

In the late 1990s we authored a coach training curriculum, The Coaching Clinic®, which is now used globally to teach coaching skills and competencies. The train ride through England was a result of this new offering, but we knew after initial release the program would be turned over to those who train coaches, and we would be turning back to doing what we do best—executive coaching. On this long train ride our thoughts naturally inclined to this future, and subsequently to one of the greatest dilemmas we faced as executive coaches—one that persists to this day for many—and the very reason Legacy Leadership was developed.

Throughout our combined years of coaching with executives and associated leadership development, we found we did not have a complete leadership model to coach against, no comprehensive standard to measure progress or help construct a targeted yet all-inclusive development plan. Sometimes organizations had adopted certain leadership concepts which provided some techniques and tools, but often not a well-rounded scalable leadership platform. In most cases, however, these organizations didn’t have a leadership model or comprehensive system. We wanted to be able to coach the whole person (and the whole organization), to help leaders deal with everything they might come up against as executives. We looked for a model that would cover all these leadership basics. We couldn’t find one. Even fairly popular existing models weren’t complete. Some weren’t even relevant or scalable.

As the breathtaking English countryside sped by, we pondered this situation. It didn’t take long for the cartoon light bulb to appear above our heads, providing light enough for us to scramble for writing materials. What were we doing sitting here lamenting something we could fix?

Between the two of us, our educations, experiences and years of coaching and leader development more than qualified us to construct the model we so sorely needed. And that’s just what we did.

We used our experience and training in systems, behavior change, human dynamics and adult learning and leadership theory, as well as years of observing what worked and what didn’t work in leadership. We began with the being of the leader, who he or she had to be, what was needed in attitude and motivation, and behaviors that would consistently and efficiently lead others to success. We were building a leadership model from the inside out, looking first at who leaders are, then what they do. We identified behavior shifts and changes, short-term and long-term motivation, internal attitudes and the human dynamics that define successful leadership—of any kind. We were building the template for a leader that lasts; not a sprinter who tires, but a marathon runner. Another light bulb revealed the concept of legacy as the pieces began coming together.

Contributing heavily to our model development were the years speeding by as quickly as the blur outside our train window. We were approaching the new millennium at this point, and we could see that everything was changing quickly, including business and leadership. Any successful leadership model must reflect these changes, especially to create legacy, and be useful and relevant in an ever transitioning and morphing business environment.

Great leaders intentionally influence and develop other leaders… In other words, they become Legacy Leaders building a multi-generational thumbprint for others who will use these same principles…

Thanks to the generosity of the author, Dr. Brock’s comprehensive and well-researche…