Will I not close that deal should I not be in heels? This is a thought-provoking question but unfortunately too much of emphasis is placed on women and appearance as opposed to skill and capability. 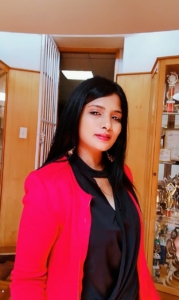 Men and women are inherently naturally different, Society however places a lot of emphasis on the female appearance. Women are breaking through the glass ceiling that once stood in their way and are standing alongside their male peers to deliver incredible results within the STEM industry yet the media appeals to the masses very differently. Men and women are exposed to various platforms that promote appearances and sex appeal. From the music world to Hollywood and Bollywood and magazines it’s about beauty and sex appeal hence identities and perceptions of what it means to be male and female are formed.

Unfortunately, these set formulae filter down to the corporate world where females get certain roles based on appearance. In some instances, the iconic culture bypasses skill and talent and heavily influences some workplaces.

This drives too many women to focus on developing appearances and behaviours that open the door to the boardroom while overlooking employees that have earned their seat in the boardroom. This can be damaging to the self-esteem. There are however ways for women to successfully charter through these barriers.

Join us during our upcoming series “Amplify your pink”” to be aired on the YouTube channel from the end of November.

Life begins on the edge of your comfort zone

You are part of a much bigger picture, and you are just an aspect of that picture (a mere …